The Gameboy DMG Backlight mod (blue) is awesome, and I wanted to share my experience with everyone about it. I also want to talk a little bit about the history of the original GameBoy.

I vividly remember growing up around the Nintendo Game Boy as a child. Older cousins had this cool device which had Mario, Zelda and Final Fantasy games on it on the go. There was only one problem it was ridiculously hard to see unless you played around good lights. It had no backlight. Today if a device came out with no way to see it, well it wouldn’t be much of a device. I ran across this Original Game Boy in a local Pawn Shop for a decent price, few scratches here and there also came with a game. Unable to summon the will to pass it up I purchased it.

Quickly I made my way home just so I could turn it on and play.

Come to find out, my eyes are nowhere what they use to be. Realizing that my eyesight has taken a huge hit. 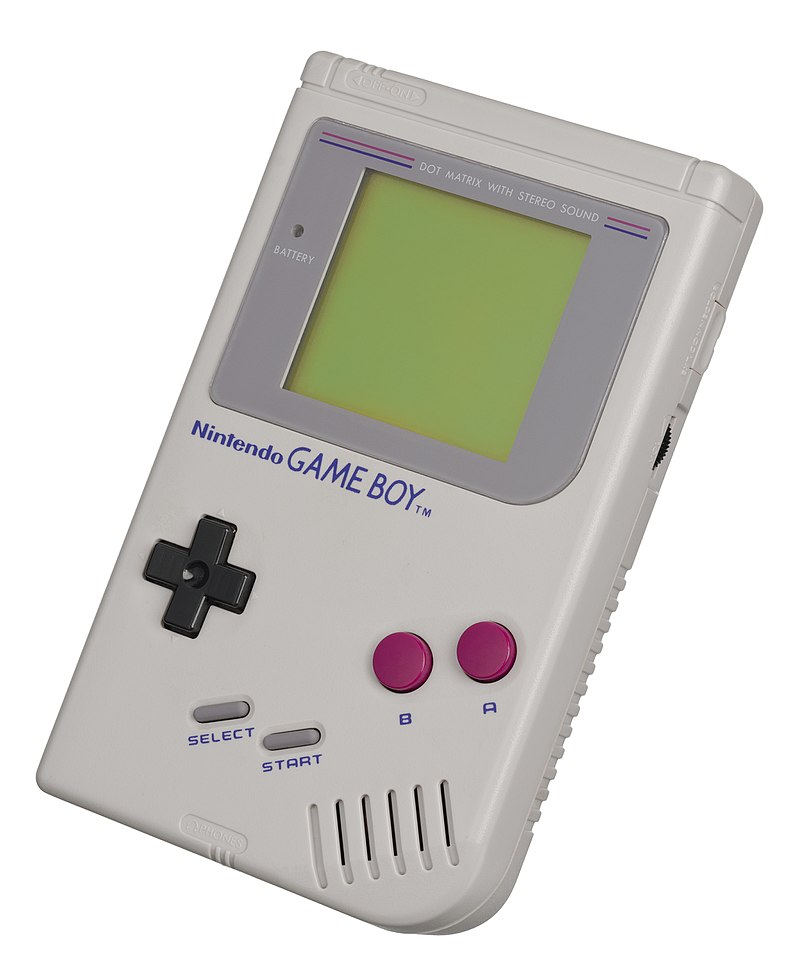 Then jumping to a tiny screen with this puke green everywhere that you can barely see, it is ROUGH.

Being so used to a backlight these days that it’s just standard in every device we have now. Smartphones, Laptops, Tablets.. etc.

It was hard to adjust, but the awesomeness of having real hardware was still there, the buttons felt great, the sound was loud enough and it was still fun as heck to play. Luckily we have many options of modding the original dmg Gameboy!

I went to my local/favorite retro game store, Wizards

Wizards is an awesome place where people come together to play Magic the Gathering and other various board/dice/card games.

But they also deal with retro games which are the even bigger draw to me than the card shop.

Luckily they had a copy of one of my favorite games on the system. Super Mario Land 2, I was super excited to finally be able to own this game and play it on my upgraded Gameboy.

The blue backlight shined amazingly, and I was able to play this game at night.

The backlight mod wasn’t difficult for me to complete. Although I’ve had many years of working on several electronics and soldering. I would rate it as an easy-medium level of difficulty. Lots of small parts, just bundle them together each layer you take off.

A good rule of thumb is ALWAYS to test your mod or project before you put everything back together.

Worth every minute and penny! The screen shines extremely bright, and you are able to adjust it to however you want!

Unfortunately, it was extremely easy well until the LAST WORLD. I don’t know what happens but the difficulty goes up a ton! Literally trying to beat the last stage almost every night before bed. I would progress further and further. Till my 4yr old son decided he wanted to turn Mario into a bomb and erase all my progress. I haven’t played it since…

There are many other games I get to experience on the original Gameboy now.

Tons of amazing games were made for the original system.

Where to get the GameBoy dmg backlight mod?

I ordered mine off of eBay, which I realized its from a very cool site called https://handheldlegend.com/

You can, however, order it off of his Amazon Store too if you find it safer and I wouldn’t blame you.

They have all sorts of cool stuff. More than just blue too, if blue isn’t your thing they basically have the rainbow. You don’t have to stop at just backlighting the screen either they have all kinds of original GameBoy shell replacements too.

The next piece I’m ordering is the bi-vert and glass screen. The bi-vert mod will make the pixel look sharper.

The Glass screen will just make the overall quality of the DMG GameBoy even better.

The plastic glass just isn’t that high of quality.

I guarantee you will find the right original GameBoy mod for you!

The original Game Boy battery life with AA batteries usually lasted from anywhere from 10-30 hours of playtime. I don’t know why but the backlight mod-added extra time for me. I felt like the system lasted forever after I modded the system it lasted for months on end.

Now I didn’t go all out on a massive gameplay spree with the Game boy but I’d play it a little every night. Since you can adjust the screen brightness you seem to get more life.

I don’t know what it is, I know I can play all retro games on my computer but it’s not the same. There is something magically about hold the real hardware and playing the games on it. Emulators are still not 100% accurate but they are awfully close.

This is why I have almost all the consoles I want already now I just need the games. It really sucks that retro gaming is so expensive in the modern era, that is why there are alternatives such as the ever drives.

If you are an NES collector you should check out my NES Collection Guide.

I’ve been dying to do a GameBoyZero project. I’ve been ordering parts but it looks like everything is back-ordered that I need to complete it as of right now. While I have already been printing brackets and ordering parts that I can order. The project will take quite a while, I believe it will be worth it to have an awesome portable emulation station. Especially one that looks like an original Gameboy!

For now, I’m going to order me a nice Game Boy everdrive and enjoy my backlight mod and play some original GameBoy games in Modern style.

Overall I think the Gameboy blue backlight mod really adds some life to an ancient piece of technology. I love retro games and this is a great way to experience them the way it was meant to be experienced. I’ve never really been a fan of emulation which is also an option but there is something magical about holding the real hardware.

These games were meant to be played on the go, and probably without having to fight for a light source to enjoy them.

Let me know down below if you got the backlight mod and how you enjoy it.